The Men of the Trees (MOTT) is a non-profit, non-political international society dedicated in fostering the planting, maintenance and protection of trees.

The Queensland Society was formed in 1980 and is based in Brisbane. Its membership is supported by a management committee, voluntary tree planters and other supporters drawn from a broad community base. We believe in planting the right trees, in the right places, for the right reasons.

The Society recognises that deforestation has made a major impact on the physical and visual environment within the state and that in some regions tree planting is required to:

The Men of the Trees plant trees in parks as well as in degraded urban and rural areas. The Society also encourages the development of systems for tree planting to suit specific needs. The scope of the Society’s tree planting activities is limited only by the level of membership and the necessary funding to implement projects.

The Society assists service organisations, schools, clubs, rural groups, local Governments and individuals in achieving a better understanding of the role of trees in the environment and in organising the planting and maintenance of projects.

Members are often asked, "Why the title 'Men of the Trees'?" "What do you stand for?" A title such as ‘The International Tree Society’, for example, would not encourage such questions.

To answer these questions one must go back to 22 July 1922, the day on which the Society was founded, in Kenya, by Dr. Richard St Barbe Baker.

A Government Forestry Officer, St Barbe Baker was concerned for the rapidly decreasing fertility of the land. He believed it was necessary to plant more trees to combat the shifting methods of agriculture. He initiated the idea of voluntary tree planting by the native tribesmen of the highlands. The activity was most successful and the highlanders became known as forest planters instead of forest destroyers.

The concept spread to England in 1924 and since then branches have developed in many parts of the world, bringing together tree conscious men, women and children.

It is the Society’s privilege to carry on the work of our distinguished founder, Dr Richard St Barbe Baker, the founder of The Men of the Trees. Dr Baker was born in England in 1889 and until his death in Canada in 1982, he travelled the globe extensively, teaching and spreading his message of healing the earth by planting trees. He was a lucid, articulate and selflessly dedicated man, who inspired many to follow his example. 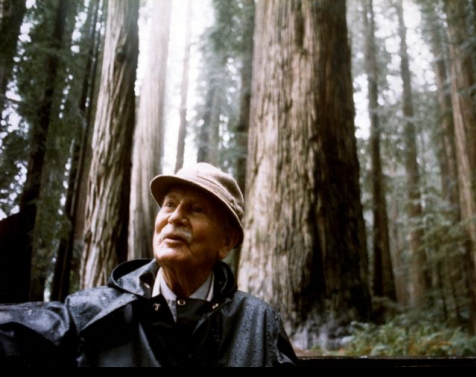 This dynamic man through his determination and energy influenced the protection of the giant redwoods in California, the replanting of large areas in northern Africa, and stimulated a new world wide direction for forest conservation. He achieved the respect and action of governments in all parts of the globe and recorded his experiences in some thirty books.

Dr Baker was not only recognised as an authority on trees (governments constantly called upon him for forestry advice worldwide), but was also a humanitarian of universal vision and a most remarkable man. He promoted a theme that everybody was welcome in Men of the Trees.

In 1972, the board of directors of Friends of Nature (USA) awarded Dr Baker their Conservation Award, for "being the foremost world citizen to stress the importance of maintaining tree cover for the continued existence of life."

St Barbe dedicated his long life, (1889 – 1982) to spreading the simple message far and wide — "We need more trees." People are the greatest need. People who appreciate trees and forests; people who mean to protect their environment through positive action.

We have links to many sister-organisations, view the whole list on the our family page.